An interview with the Urban Indian 5

When it comes to wellness, restoring balance in the mind is just as important as physical activity and nutrition are for the body. Consider the number of things your mind directly affects (via attitudes, beliefs and behaviors): physical performance and endurance, body image and self-esteem, and how you cope with stress. Strengthening, calming and balancing your mind not only serves to support mental health, but it also provides an outlet for creativity.

During past issues, we’ve explored the importance of running in Native American cultures, the power of creating a local tribal food system, and the restoration of traditional foods for health and cultural preservation. In this issue, we’ll learn how the Urban Indian 5 are using creativity and art to inspire wellness and healing across Native America. According to member artist Shan Goshorn, the focus of the Urban Indian 5 is “creating with intent.” With this ‘intention’ the artists work collectively and independently to honor Native American culture and send a message of hope for wellness in Indian Country.

I was fortunate to have the opportunity to interview three of the group’s members: Holly Wilson, Shan Goshorn, and Thomas Poolaw. Other members include Brent Greenwood and Gerald Cournoyer. For the interview, I gave each person a question ranging from “How do you prepare yourself (emotionally, mentally, phsyically, and spiritually) to begin a new piece or series?” to “In what ways does art restore balance in your life?”

“I Said I Would Never Paint This Way Again” Documentary in production by Lowdown Entertainment.

According to Shan Goshorn, “A lot of our work with the Urban Indian 5 is based on traditional teachings, to awaken memories… to go back and restore balance to our health.” One of the original goals of the Urban Indian 5 was to compile a beautiful art exhibit (with two Giclée prints from each artist ) to place in every health clinic in Indian Country. The Urban Indian 5 still hopes to partner with Indian clinics or a non-profit to make this effort possible. The beautiful artwork and stories behind each piece would certainly create an “intention” for wellness and healing, particularly for tribal members who spend a great deal of time at the clinics. If you have any interest in partnering with the Urban Indian 5 to create an exhibit in your tribal health clinic, you may contact them here.

In addition to their work in tribal communities, the Urban Indian 5 artists are the stars of a new documentary in production by Lowdown Entertainment. Producer and director, Matt Barse, has followed the artists since 2009, and says, “the film will be a feature length documentary celebrating the artists, featuring music by contemporary Native musicians… further supporting the Urban Indian 5’s cause of inspiring wellness.” The documentary will be released later this year. Watch a trailer for the film below the interviews.

As you read the interviews below, consider the ways you restore balance in your mind. See if you can identify several activities that calm your mind and body, and several others that energize you. During the next month, try to make an effort to practice some of them. I think you’ll find the ‘intention’ of practicing these activities is just as powerful as the outcome.

Here’s a sample of artwork by the Urban Indian 5.

An interview with Holly Wilson (Delaware/Cherokee)

How do you prepare yourself (emotionally, mentally, physically, spiritually) to start a new piece or series?

When it comes to preparation, Wilson seems to be a true artist and free spirit. “Most of my work I don’t plan… most of the time when I’m creating, I see something that catches my eye. My children have inspired a great deal of my work, and in recent years, I’ve been using children in imagery. From my perspective, I was thinking how my children were seeing things and experiencing things.”

A great deal of Wilson’s work is rooted in her experience as a mother, and the different roles she plays in life. “As a mother, you play a role of nurturer, educator, supporter… there’s a balance of things you must take care of (that can seem like burdens) but they’re still very precious,” says Wilson.  This delicate balance of what is precious and considered a burden is illustrated in much of her artwork, through the materials she uses to the stories behind the pieces. Referring to one of her series, the artist says, “the birds represent things that are burdens, but the materials are made of sterling silver (a precious metal).” This theme is also found in other works where the artist uses materials such as crystals geodes. “The geodes are minerals of the earth (precious things),” she says, “…but they also represent ‘trust land’ where they were found.” The artist presents an interesting dichotomy in combining “the precious” and “the burden.”

Another source of inspiration for Wilson’s work has been the many roles she plays. “I’m a mother, wife, daughter, teacher, artist,” says Wilson. In producing a series of masks, the artist says “If I am fearful or don’t feel strong enough, I can put a mask on and play a role… It represents an identity.”

The artist seems to have a wealth of creativity, and much of it is rooted in her family life.  She is currently in the early stages of creating a series of Native American superheroes. This idea was inspired by her son’s interest in superheroes. “Everybody has the power within themselves (the superhero strength),” says the artist.

Wilson’s dad was a painter and she remembers creating alongside him as a child. She says her children consider themselves little artists, as well, experimenting with many different mediums. Wilson says she “doesn’t want them to be scared or intimidated.” She includes them in her studio as often as possible and derives a great deal of inspiration from their creativity and young minds. To spur their interest, Wilson focuses on “getting my children outside, experiencing the natural world… [in hopes of] cultivating their imagination. Art is creating stories, I love that my kids are already doing that.”

Wilson’s primary role in the Urban Indian 5 is that of ‘storyteller.’ This may be a natural gift as her mother was a storyteller (another family member who has inspired a great deal of the artist’s work).

Wilson is currently working on a project to write the stories behind all of her pieces. The stories behind the art, as much as the art itself, seems to be an important piece of how the Urban Indian 5 aim to inspire wellness and healing across Indian Country. “At the end of the day, I want to be able to transfer information to the onlooker… It’s not about being angry about any subject (angry art), but it’s about getting people to understand something from your work… to heal.”

An interview with Shan Goshorn (Eastern Band of Cherokee)

In what ways does art restore balance in your life?

Although Goshorn sees her life as “work heavy,” she feels her work is very rewarding. “I feel so dedicated to the statement… of improving the lives of Indian people, that I work really hard.” In general, restoring balance in our hectic lives is easier said than done. “I try to balance work with family and friends,” says the artist, “…but it’s a challenge.” Goshorn uses her art as an opportunity to spend time with family. “We go to art shows together,” the artist says of finding time to balance work and family.

Goshorn says finding ‘balance’ was also an important part of finding the right artists for the Urban Indian 5. Each artist brings strengths and assets to the group, providing balance and continuity. When asked about her own strengths and role in the group, Goshorn responded, “I am very balanced… left and right brained… I’ve completely supported myself with my work for more than 20 years.” She attributes much of this success to being disciplined as an artist. “I try really hard to be responsive to requests and opportunities for projects,” says Goshorn.

In addition to balancing her career as an artist, Goshorn has taken on several other roles in her community such as being a Licensed Wildlife Rehabilitator.  Her involvement with the Tulsa-based SING-IT (Song Birds In Need) organization  has led to experience nurturing wounded and sick song birds until they can be released into the wild. After years of involvement, the artist is retiring from this work to focus more time on art.

The Purpose of ‘Creating With Intention’

Goshorn best describes her artwork  as “a combination of traditional styles with contemporary messages.” In approaching her art, Goshorn says, “there’s a spiritual balance to my work… I’m working with the intention to educate audiences… To try to heal historical trauma that has produced disease.” She sees the artwork of the Urban Indian 5 as a way to “remedy the ‘dis’ ease” in Native American communities.  “A lot of our work with the Urban Indian 5 is based on traditional teachings, to awaken memories to go back and restore balance to our health.” The artist feels strongly that “Indian people have forgotten the original path… the right path,” and hopes the intention of the Urban Indian 5’s artwork will lead to healing and inspire wellness.

As previously mentioned, one of the original goals of the Urban Indian 5 was to create two high quality prints from each artist and display the art in every Indian clinic in the country. While art is an alternative approach to wellness and healing, it certainly shouldn’t be dismissed. The art and stories of hope will brighten any clinic, making it a more culturally-responsive and comforting space for patients and their families.

Goshorn says the group is searching for a non-profit to partner with them to make this goal possible. It would cost about $2,000 for a full set of framed art-grade prints that are matted and framed. If you know of a clinic or tribal community interested in this opportunity, contact the Urban Indian 5 here.

To learn more about Shan Goshorn and to see more of her work, visit the Urban Indian 5 website.

An Interview With Thomas Poolaw (Kiowa/Delaware)

Have there been any particular Native American artists who have influenced your work?

“When I was a kid my brother, Robert Poolaw Jr., had a natural ability to draw and I think watching him work and seeing what he could do had strong influence on me. My grandfather was Horace Poolaw. He was a noted Kiowa photographer who took photographs from the 1920’s up into the 60’s and 70’s. I think looking at his work had an indirect effect while I was young and his work is a strong influence to this day.

When I was younger I had a chance to see many works of the Native artists of southwest Oklahoma in person through the vehicles of the Southern Plains Indian Museum and Crafts Center and and the art competition at the American Indian Exposition, which are both in Anadarko, Oklahoma. One particular painting that I really admired was “Of the Owl’s Telling” by Blackbear Bosin. I would just stand there and marvel at the skill and magic displayed in that piece.

When I went to art school at the University of Oklahoma I began to look intensely at T.C. Cannon‘s paintings and prints. I would do research and try to find any bit of information I could about him and his work. He will always be my favorite Native American artist and I never tire from looking at his art or reading his poetry. As I continued my education I was able to become aquainted with Edgar Heap of Birds who brought the conceptual nature of art to my mind and who is an artist that I regard in high esteem.”
To learn more about Thomas Poolaw and to see his incredible artwork, visit him on the Urban Indian 5 website.

For more information on the documentary and producer, visit Lowdown Entertainment or ‘like’ the film on Facebook. 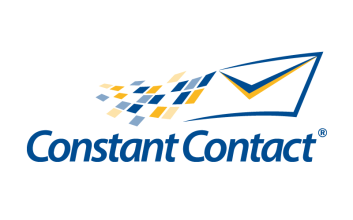